A little history about River Heights

From Dry Town to River Heights

taken from
“The History of River Heights”
by Wanda Rhodes

Introduction.  In 1859, when the pioneers came to Cache Valley, Utah, they were unable to cross the Logan River because the beavers had made so many dams across the island and the willows were so thick it was impossible to drive a wagon through. The first scouts went up over the River Heights (or Providence) bench to the Thomas Smart Ranch, crossed to the temple bench and then went down to a camp site where the corner of 1st South and Main St., Logan, is now located. Indians were camped by the river, below and to the west of the bench. Later, marching groups used the flat upper area for drilling. Other than those activities, the dry bench was ignored, except for cattlemen and a few farmers who raised hay on it. 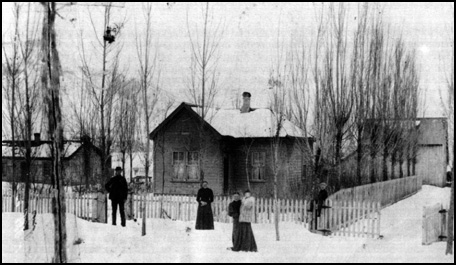 Lars Larson’s cabin on the left – one of the first settlers. Lehi Olson home is on the right. River Heights Ward was organized in this home.

Looking down on beautiful Cache Valley, with Logan to the west, Providence to the south, and Temple Bench to the north, the bench lay at the foot of the mighty Wasatch Range, quietly awaiting its turn for development. The land was owned, for the most part, by Central Pacific Railroad. In the 1880’s, Providence ranchers began buying it up for cattle land.

The surrounding towns were well established before anyone seriously considered building on the Heights.

After the first settlers erected their little homes, the Thatcher brothers of Logan began to look at the flat, dry though it was, as a possible site for development, and began buying up acreages, especially in the level center of the bench.

Third from last in the line of settlements in the county, River Heights slowly emerged out of the sage and rocks, and began to grub for a living and a source of life-giving water.

Slowly they came, those who needed land that was not expensive, those who could see beyond the arid conditions and could envision trees, homes with gardens, schools and churches, all at the base of the sheltering mountains, and overlooking the peaceful Logan River and the settlements in the valley below.

Like a flat belt between the skirt of the valley and the bosom of the eastern mountains, the dry bench stretched out in the sunlight, decorated with bunchgrass and sagebrush, and threaded with interwoven trails. Trails ran from the lairs of the coyotes and nesting holes of the rabbits to the river below. The deer, grazing on their God-given land, made winter trails from the little foothill swales to the refreshing water.

In the beginning of the 1880s, cattle mingled their multi-hoofed patters among the trails as they munched the sparse offerings of nature and the more generous daily suppers of hay provided by their human keeper.

James Bullock deepened the ruts of his hay wagon trail between his home in Providence and the empty acres on the north bench where he ran his herds and raised his hay.

In 1882, he decided to build a dwelling to provide shelter from the weather, and comfort for members of his family who might spend time with him as he attended the cattle.

He carved a home in the hillside (behind what is now the home of Steven Thunell, 523 East 400 South) and became the first resident of the area later known as River Heights.

From 1882 on, the trails began to widen into roadways as the first settlers ventured onto the bench, by way of Providence, and constructed their small homes, some of logs with only a blanket over the doorway for protection. Most of the very first cabins had only one room with a dirt floor and a fireplace for heat. 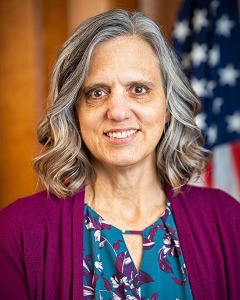